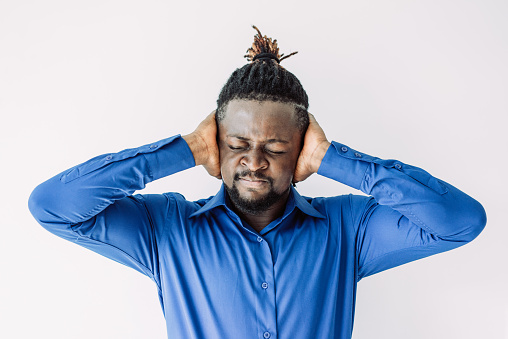 Is it possible to live without being criticised?

Why, yes! People do it all the time.

Forget what we said about six steps, there’s only one way to live without being criticised—to not live at all. In Aristotle’s words, ‘Criticism is something we can avoid easily by saying nothing, doing nothing, and being nothing’.

It’s that simple. Live a life of no consequence, get no criticism. However, if you find this solution distasteful, there’s another way to live with criticism without being crushed by it.

In simpler terms, while you can’t live without criticism, you can live above it.

How do you do that?

How do you handle both constructive and destructive criticism?

The best way to handle criticism—constructive or otherwise—is to accept it objectively. Regardless of how much it hurts, detach your wounded ego from the mix and focus on the message. Criticism usually carries an element of truth. Examine each remark closely to sift all the areas where you need improvement.

Also, never respond to criticism in the full flare of your emotions. Swallow your pride and accept it graciously. Apologise if need be. Cry in private, but do not get involved in a shouting match or an open dispute. Keep yourself in check. This, dear reader, is known as emotional intelligence.

Turn criticism to a kindle. Let’s paint a picture for you. Imagine turning in a manuscript to your editor and spending weeks awaiting a reply. In your head, you envision the glorious feedback: ‘A stunning read… refreshing and profound… resonating with the wondrous interplay of heart and humour’. Instead, you get: ‘Exceedingly dull… your worst work yet. You could have done better’.

If you don’t spend the rest of the day staring at your computer with disdain, you will probably be sprawled over your kitchen table crying. Because it hurts. It might even take days to get the pain off your chest. But if you are wise, you will take those words, roll it up in a ball and throw it into your internal furnace. Yes, make those words part of the mélange of things that keep you going. Turn criticism to kindle—let it fuel you on.

Remember, the Huffington post was heavily criticised initially. Today, it is the one-stop for news, entertainment and liberal political writing. Everything needs time to grow. Be patient with yourself. Understand that you can be whatever you want if you keep trying.

However, embracing criticism is no reason to allow verbal abuse and bullying. There is a firm difference between destructive criticism and flat-out abuse. Verbal abuse has a shockingly profound effect on your self-image and esteem.

Do not allow it.

We hope this helps.