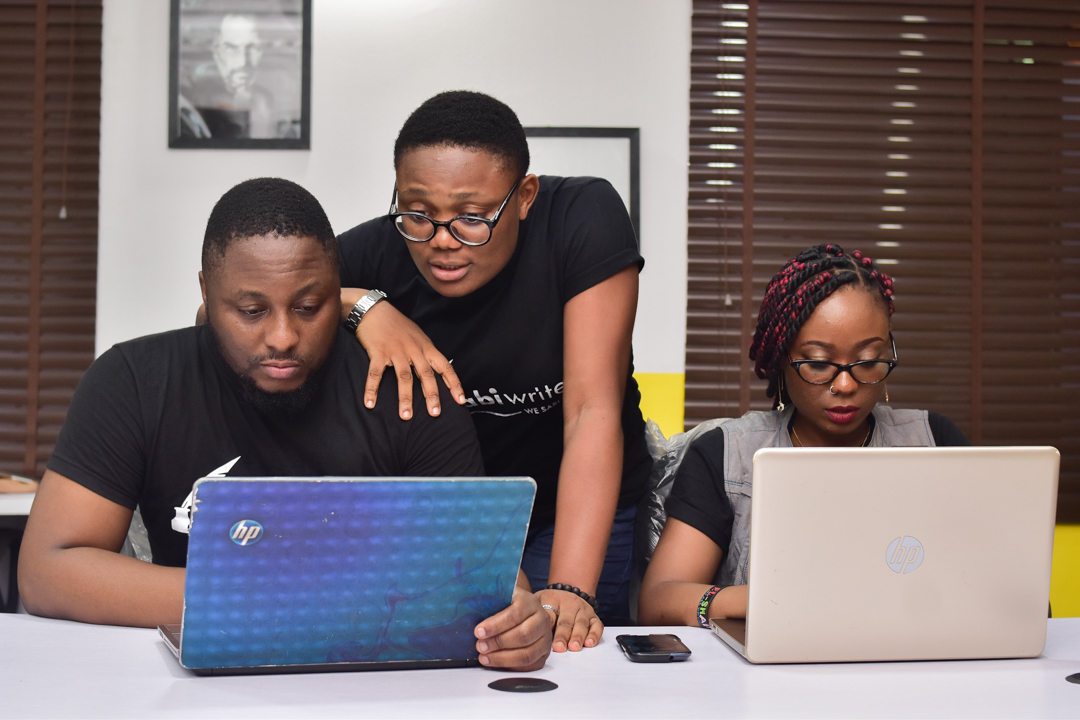 The comma is a punctuation mark associated with brief pauses. It is also employed to mark off items in a list and to link phrases and clauses for a more explanatory sentence.

Despite being the most abused, most underrated, and most misunderstood punctuation mark in the English Language, the comma remains the most significant. Here’s an example:

This shows that the presence or absence of the comma can determine the understanding of the simplest messages.

So how do you master this elusive punctuation? By learning when to use the comma.

Use the comma to separate items on a list.

At the market, I bought oranges, apples, mangoes, and cherries.

Take a cup, two shoes, and three pencils with you.

Note that some scholars see no need for the use of the Oxford or serial comma, which is the comma used after the penultimate item, but as professionals, we advise that you use it as it helps to clear up certain confusions.

We invited strippers, JFK and Stalin.

The absence of the comma made it seem like JFK and Stalin are the strippers (how hilarious that is).

But if you add the serial comma, it would read:

We invited strippers, JFK, and Stalin.

Serial commas have just helped to make the sentence clearer.

Use the comma after introductory clauses, phrases, or words.

To be healthy, you must always feed well.

As a matter of fact, I want her to leave now.

As you know, a phrase is a group of words that does not have a finite verb, and cannot stand alone, or pass a complete message.

Introductory phrases, however, are phrases that provide background information about the sentences they are linked to.

However, not all hotels are comfortable.

Introductory words like ‘however’, ‘initially’ ‘still’, and ‘meanwhile’ serve as links of interaction from one sentence to another.

Nevertheless, you might have stumbled upon style guides that frown on the use of ‘however’ as the opening word in a sentence. They prefer writers to use ‘nevertheless’ or ‘but’.

It is advisable to use ‘however’ as it seamlessly connects the preceding sentence with the following sentence. Also, why waste a perfect word for no justifiable reason?

Use the comma before a quotation.

Here the comma distinguishes the main sentence from the quoted sentence.

Dependent clauses have subjects or verbs but do not express complete thoughts. They cannot stand alone but must be linked to the main sentence by a comma.

If you cannot make it, please call me.

After settling the fight, David took a long bath.

Use the comma to join long independent clauses.

When used between two independent clauses, the comma prevents confusion while also serving as a link. This function is mostly appreciated by readers who sometimes need a pause to catch their breaths after a long read.

I was determined to find her a new apartment, but my money was short.

There were no cars in the parking lot and the driveway even though the lights were on, so I had to call.

Use the comma after free-standing words like ‘thank you’, ‘no’, ‘hello’ and ‘yes’.

Yes, I will be there tomorrow.

No, I will not be there tomorrow.

Thanks, but I am aware.

Hello, how are you?

We have only scratched the surface, but we intend to go further. In our next post, we’ll be highlighting more comma functions, some comma errors and finally give you concise tips on how to conquer the comma.

Ever heard of a comma splice?